Back in 1930 Italo Marchioni, an Italian-born New York citizen applied for and received the US patent for invention of the Cono Gelato.

Although there have been different opinions on this attribution, December 13, 1903 remains a central point in the history of the ice cream and gelato cone. 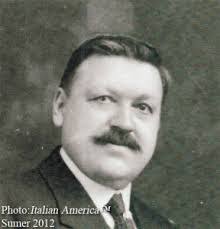 The cone is one of the possible “containers” for ice cream and gelato. It is conical in shape and open on one side, often made up of wafer or biscuit, obviously to be held with the open side up.

As well as for many other culinary inventions, its roots date back to Caterina de’Medici who apparently introduced her recipes to France. The cone tradition seems to have spread since the sixteenth century in England, too. We are almost certain of one thing: the common treat of all these historical traces is always an Italian!

Who is Italo Marchioni

Italo Marchioni was born in a small hamlet of a municipality in the Belluno area, North of Italy – Piedmont, and had emigrated to America at the end of the nineteenth century (like many other confectioners and ice cream makers in the Dolomites).

Documents say he received US patent no. 746971 for the invention of the ice cream cone.

In particular for the invention of a machine for the production of cones that “can be particularly convenient for manipulating and modeling pasta in unusual shapes that have never been created until now, due to the delicacy of the dough and the difficulty of separating it from the molds “.

Actually, Marchioni had been selling gelato in the US in his cono since 1896, and his adventure set then in Philadelfia, New York, and New Jersey, where he opened  restaurants, bars and a cone and waffle factory in the small Hoboken. 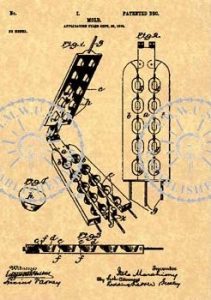 From the Glass to the Cone

They were not returned! The glasses used to have gelato were not returned after buying. They fell on the floor and inevitably ended up breaking. They were impractical, and cold. The glass cups in which ice cream was served in New York at the beginning of the twentieth century represented an inconvenience and, also, a small loss of capital. Nor did the paper cones help. Too much waste to dispose of.

In short, as the cone didn’t yet exist the ice creams were consumed in containers of various shapes and sizes. In Austria and Germany the glass was brought from home, the nobles ate it in porcelain ice cream cups, others often also in soup plates. The need to use something more comfortable and transportable was urgent. In France, metal or paper cones, in Austria still on a square cardboard. But nothing was edible. This is why Marchioni invented the cone: kind of a state of necessity.

Marchioni is currently considered the inventor of the most accredited cono. He was opposed in this regard by Frank Marchioni, a cousin of his who owned an ice cream shop in New York, and by Antonio Valvona, who in 1902 had patented an oven in the US to produce “biscuit cups for ice cream”.

The New York Times, on his death on July 29, 1954, wrote: “In 1896 he prepared the first cone and a few years later, according to his family, he obtained the original patent. The debate on the cone patent, the subject of much controversy and controversy, has never been completely resolved “. Above all, all this does not change the meaning of history: December 13 is and remains a significant date for gelato. 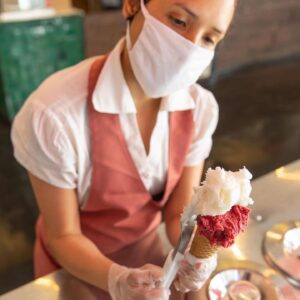 If you loved L’Arte del Gelato HANDMADE CONE,
now you know where it comes from!