If you think that nothing could beat the New York skyline, you’d better admiring the City from above with a homemade treat in your hands 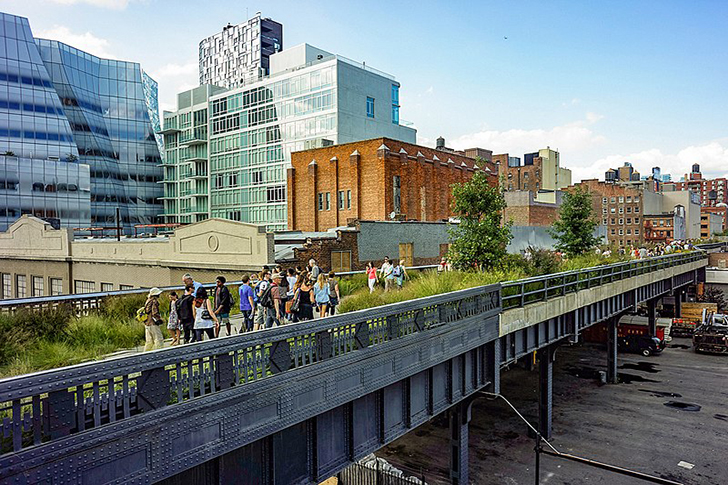 The renowned High Line in New York is a urban playground running from Hudson Yards to the northern edge of Chelsea. NYC’s elevated park is certainly one of the popular attractions everyone needs to check off their list, and it’s the perfect activity to take visitors from out of town. Everyone knows it was once a rail track, which went out of use in 1980. In 2009, the 1.45-mile-long strip was transformed into what is now considered one of the most unique parks in NYC: the abandoned spur has been redesigned as a “living system” drawing from multiple disciplines which include landscape architecture, urban design, and ecology. In fine weather, it features wildflowers, greenery and outdoor art installations in addition to killer views of New York’s skyline. By September 2014, the park had nearly five million visitors annually, and in 2019, it had eight million visitors per year.

The line has been depicted in a variety of media before its redevelopment. The 1979 film Manhattan includes a shot of the High Line as director and star Woody Allen speaks the first line: “Chapter One. He adored New York City.” Other works with scenes on the High Line since its conversion include, among the others, the Simpsons episode “Moonshine River” and the film, What Maisie Knew.

The initial section of the high Line houses seasonal food-trucks and kiosks featuring a wide range of different delicacies from all over the world. Italian artisanal gelato is a fresh and flavorful match to a sunny-day walk in the city: you can spot our cart from the colorful design and the seasonal menus on display on the easels.